Pictured here under construction in 1950/1 and then from the air sometime before 1965. 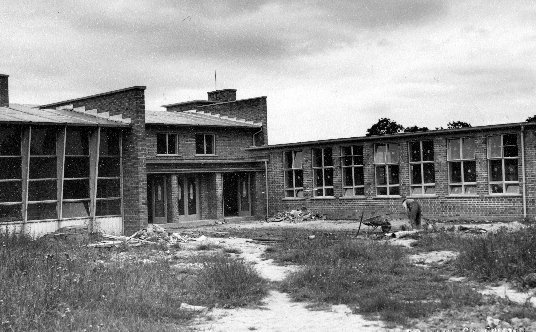 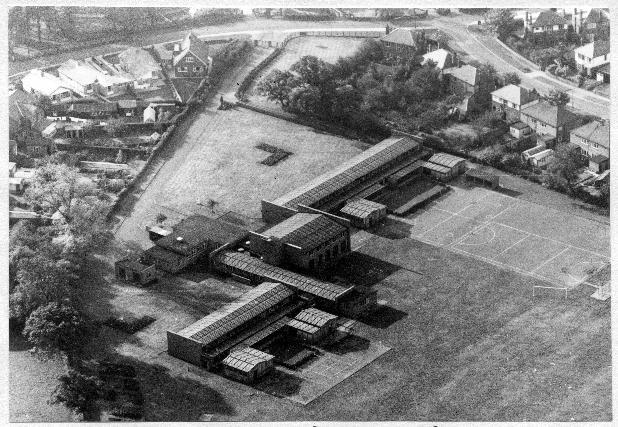 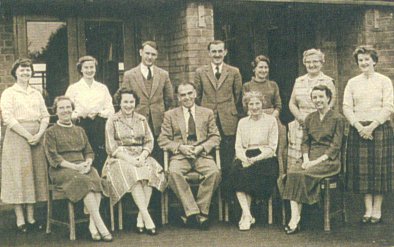 During the early decades the May market was an annual event - photo below shows Local celebrity & professional footballer- Paul Futcher opening a 1970s market. 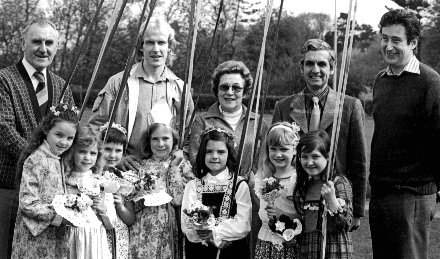 Dancing round the Maypole in the 1960s 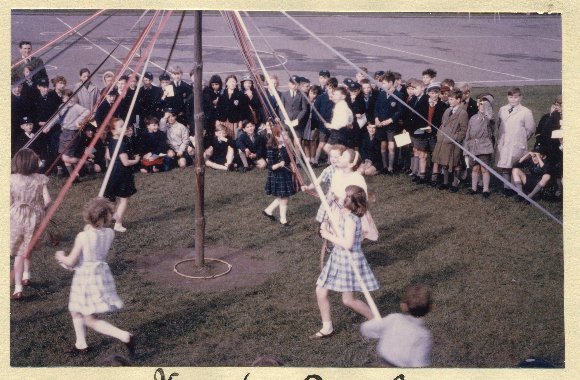 Brenda Southward recalls how each child was given 1 shilling (5p) to 'grow more money'. They made cakes and sold them or whatever enterprise appealed. 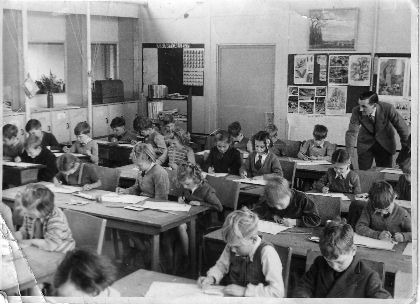 Another highlight of the school's year was the Christmas as Tatton held for 4 years in the late 1970's...see Joyce Cook's reminiscences and a photo of the choir